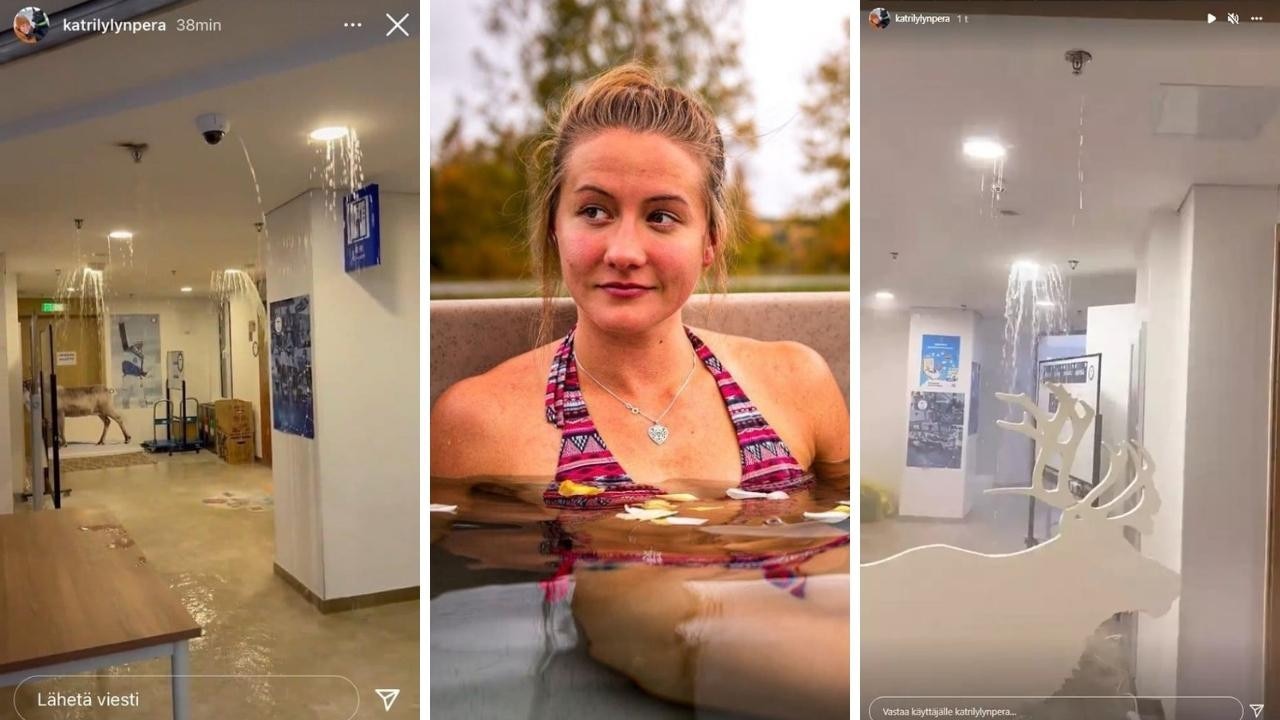 A star skier at the Winter Olympics has taken a defiant stand after posting unflattering photos she says Chinese officials want deleted.

A Finnish athlete has claimed Chinese officials wanted her to delete photos she had captured from inside the athlete’s village.

Cross-country skier Katri Lylynpera exposed an ugly moment behind the scenes where part of the athletes village became flooded with water cascading down the walls.

In a video she posted to her Instagram stories on Thursday, the 28-year-old captured the moment water poured from the ceiling to create a pool on the floor. There is also electrical equipment still visible in the video she posted.

She sent an SOS as she captioned the video with a simple message of “help”.

She shared several other videos, including the moment a crew of officials arrived wearing full protection gear to help clean up the mess.

According to reports, Lylynpera also shared a screenshot of a message thread in which she claims to have been told to delete the images.

An interpretation of the message thread provided by a fan site on Reddit claims Lylynpera joked about the “ridiculous” situation and suggested Chinese officials could not treat her the “same way” as other citizens.

She last week completed her Olympics campaign as she failed to progress past the qualifying stage of the Women’s cross-country free sprint event.

Her videos are just the latest in a stream of public, embarrassing incidents that have plagued the host country.

Viewers around the world were last week shocked to see the reality of the areas surrounding the venue for the Games’ Big-Air events, described by some as “a nuclear power plant wasteland”.

Critics have taken issue with the jarring scene’s obvious geographical distance from actual ski slopes, complaining it did nothing to inspire viewers and athletes alike and labelling it “dystopian”.

Big Air Shougang Park has been established in the industrial area because it forms part of a redevelopment project set to become the world’s first permanent venue for big air events.

Day two of the Games saw competitors and officials vent their frustration about the facilities and conditions they have been subjected to in Beijing.

Russia and Finland have also hit out about the quarantine conditions for those who test positive to Covid. It is believed more than 360 Games participants, including 142 athletes and national staff, have tested positive upon arriving at Beijing Capital International Airport.

Athletes who test positive but are not showing any symptoms go to a dedicated hotel for isolation. Anyone who has Covid-19 symptoms is immediately hospitalised.

In both cases, those affected are able to compete once they have tested negative on successive days.

Russian biathlon competitor Valeria Vasnetsova posted on Instagram from one of Beijing’s so-called quarantine hotels that her “stomach hurts” from a lack of quality food being delivered.

She said: “I’m very pale and I have huge black circles around my eyes. I want all this to end. I cry every day. I’m very tired.”

Vasnetsova also posted a grim photo of food she was given and claimed it was “breakfast, lunch and dinner for five days already”. She said she ate some of the pasta but it was “impossible” to eat the rest, adding “my bones are already sticking out” because he has lost a lot of weight in Beijing.