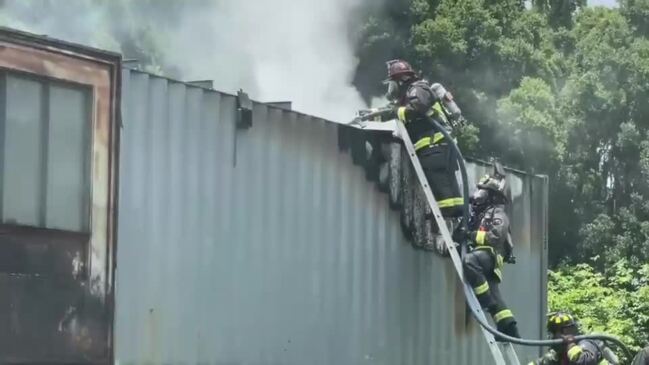 Firefighters extinguished a blaze in a trailer filled with 40,000 pounds of potato chips that caught fire at the manufacturing site of Outlaw Snax in central Florida on Thursday, July 7. The truck trailer was found detached on a grass field in the city of Ocala and was not a threat to surrounding structures, said Ocala Fire Rescue on Facebook. The footage shows the crew hosing down the smoking trailer and the colorful array of potato chip bags that emerged from it. No injuries were reported, according to the fire department. The cause of the fire is not known. Credit: Ocala Fire Rescue via Storyful