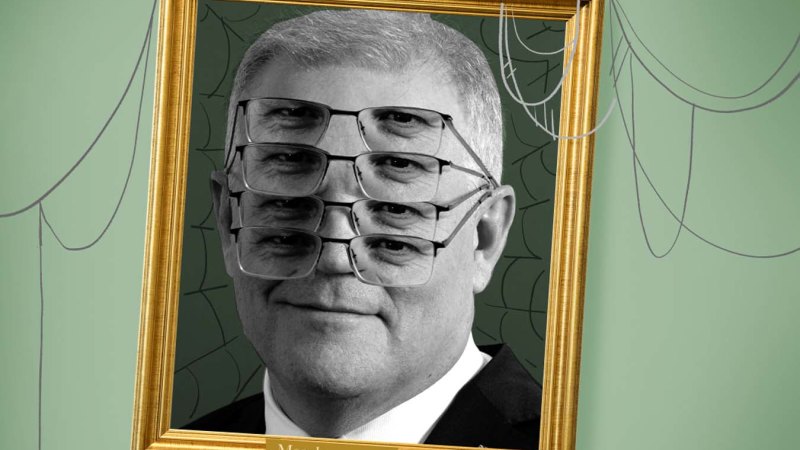 Another factor is that the pandemic has changed over time. Australia, like other nations shielded by distance, did not suffer as much as the highly connected countries of Europe. Right now, however, it has a high death rate compared with some others.

The latest data from John Hopkins University, which has tracked case numbers and death rates through the pandemic, concludes that Australia has a mortality rate of 51.16 per 100,000 people. This compares to 275.16 for the United Kingdom, 175.61 for Germany and 113.73 for Canada. It also compares to 50.23 for South Korea and 28.23 for Japan. The political spin depends entirely on the countries chosen for the comparison and the timeframe for the comparison.

Australian National University professor Peter Collignon says Australia seemed to perform very poorly when compared with New Zealand at an earlier stage of the pandemic but now looks similar in terms of case numbers and deaths. This is the case even though New Zealand applied tougher lockdown rules. Collignon adds another key point: federal decisions were crucial, such as closing borders, but the outcomes also depended on state decisions such as closing pubs and clubs where the virus spread easily.

“My view all along is that Australia has been in a very good position compared to the rest of the world,” Collignon says. “My other view is that governments always want to take credit for that but the credit really goes to the people of Australia.”

This is essential to the debate over the pandemic response and, therefore, the argument put by Morrison to justify his strange departure from the usual rules of good government. The claim he saved 40,000 lives is merely an extrapolation. Yes, he was part of a national response that ensured Australia withstood the pandemic better than other countries. It is sophistry to argue that he had to take on multiple ministries to do his job.

Morrison was never sworn into the five additional ministries, of course. Only now is this clear. He was instead granted full authority over each portfolio by getting Governor-General David Hurley to sign a legal instrument that conferred these total powers. In many ways, this is more disturbing than first thought because it shows how simple and secretive the power grab can be under existing law and convention.

The surprise in this mechanism, the sheer scale of the break with good government, is highlighted by the fact that former ministers could not understand, at first, how it was done. They assumed Morrison must have assembled a small meeting of the executive council to advise the governor-general to confer the powers. They assumed one of Morrison’s close allies must have been there to enable it to happen.

(To emphasise the point: the role of the prime minister is not mentioned in the constitution and nor is federal cabinet, but the document sets out the role of ministers of state and the executive council. This is just one part of a debate about whether Morrison was taking the system into presidential territory the drafters of the constitution never intended.)

Why did Morrison do this? Nobody has put forward a compelling justification. Morrison’s own argument, that he had to do it because he was saving 40,000 lives, is only a rationalisation after the fact to defend the indefensible.

“It’s just weird,” say the former prime minister’s colleagues. Those same words are used by constitutional lawyers, politicians on all sides and journalists who are trying to make sense of what took place.

The best explanation is the way politicians rely on paranoia and secrecy to survive. Most of them come to distrust those around them and they need to keep some of their actions hidden because exposure may bring their downfall. The longer they run, the bigger their secrecy muscles and paranoia glands.

Morrison thrived on secrecy. He spoke at times of laying “breadcrumbs” for the media to follow his hints about what the government would do next; he enjoyed the power that came from knowing something that others were desperate to discover. He liked having compliant ministers and was wary of trusting them. So he decided to assume their duties without telling them.

The first reaction from many Liberals was to condemn their former leader, but many are having second thoughts. They cannot rubbish Morrison without demolishing their own legacy in government. Opposition Leader Peter Dutton and deputy Liberal leader Sussan Ley kept their distance from Morrison’s actions and accused the Albanese government of trying to create a “distraction” from cost-of-living issues.

The Liberals must defend their government’s response to the pandemic and this ultimately means defending their former PM. If and when a censure motion comes in parliament – something the Greens are heading towards by setting up an inquiry by the privileges committee – the Liberals are likely to side with Morrison.

The argument over Morrison is only part of the wider debate about the response to the pandemic. The strange thing is that Morrison seemed to think nobody would ever discover his five secret portfolios but, all along, he had set the clock ticking on a bomb beneath his own legacy.

The Opinion newsletter is a weekly wrap of views that will challenge, champion and inform your own. Sign up here.