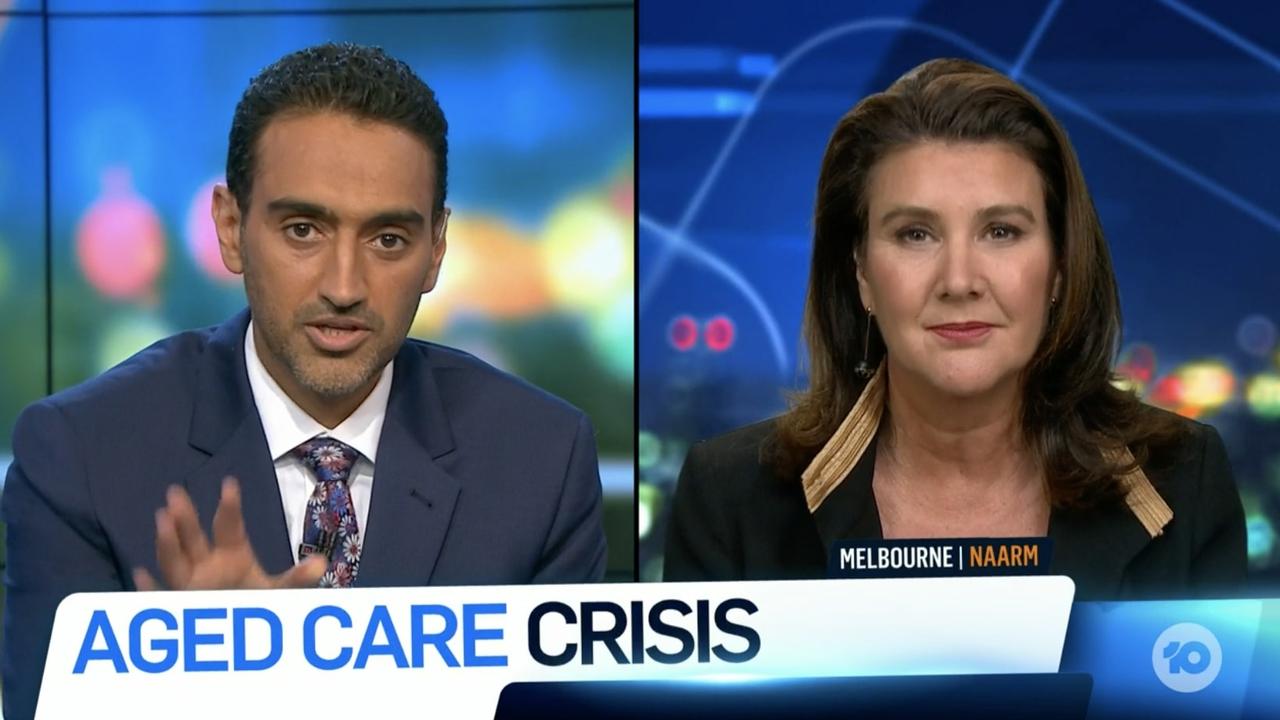 Project host Waleed Aly has grilled Senator Jane Hume over the Morrison government’s $209 million pledge for the aged-care sector as overworked carers cop the brunt of the Omicron wave.

The package will involve two payments of $400, to be paid pro rata on hours worked for Australia’s 234,000 residential aged care staff.

The first $400 payment will be made this month, with the second $400 handout to be given out by early May to acknowledge the increasing challenges from Covid.

However, after crunching the numbers, the hefty stimulus still barely equates to a $1 per hour pay rise.

Aly slammed the government’s approach to the issue, saying the figure was “significantly less than what the aged care commission was coming for” and doubted whether it would be enough to entice experienced staff to stay in their jobs long-term.

“We heard the Prime Minister refer to this as a retention payment,” he said on Tuesday night.

“That’s be an acknowledgment that people are leaving because they don’t feel they’re well enough paid and they’ve been through too much. What makes you think that a dollar an hour is going to stop an exodus of workers from an industry that has been through what this industry has been through in the last years?”

Senator Jane Hume said there were extra provisions on top of the $800 payment package in place to ease pressure on the struggling industry.

“I should point out that the $800 that the Prime Minister announced today isn‘t the only support for the aged care sector,” she replied.

“The good news is we hope that we are now through the worst of Covid-19 and we can move on to make sure that this is a sustainable sector.”

But Aly wasn’t leaving it there, and continued to grill the senator over what she thought would be enough to keep the aged care industry well-staffed throughout the pandemic and beyond.

“It may well not,” she replied. “We know there are lots of people resigning from lots of different industries because Covid-19 has made us all rethink the way that we work and what we want in our lives.

Unions also launched a scathing attack on Mr Morrison’s pledge to provide $800 in bonus payments to aged care staff. The Prime Minister’s plan has been labelled a “denial of reality” with the government urged to “grow up”.

Health Services Union national president Gerard Hayes said the payment was a pre-election political strategy. Mr Hayes said it was not a sustainable or serious plan to fix the chronic underpayment of the nation’s most deserving workers.

“We have a sustained crisis that has been brewing for years – yet all we get is more short term political management, more kicking the can down the road, more denial of reality,” Mr Hayes said.

“When will this government grow up? Mr Morrison’s latest ploy is cheap and nasty. We’re into our third year of this pandemic, and an exhausted aged care workforce is barely holding on.”