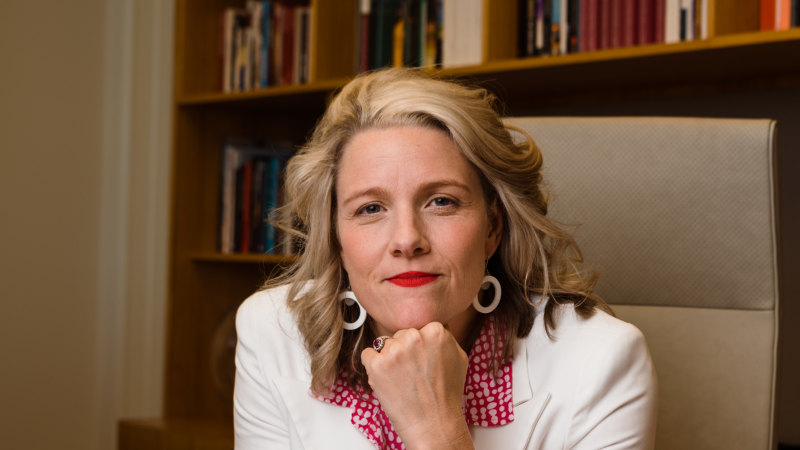 “We have this amazing resource in the country which is international students who are studying higher degrees in Australian institutions,” O’Neil said.

“And at the moment they face… restrictions on how much they can work after they have finished their degrees.

“So we are going to agree on specific bachelor’s degrees that this will apply to.”

While the decision to lift the permanent migration cap to 195,000 is a one-off, it is expected to stay at similar levels — or even higher — for the coming years.

The government wants to shift the nation’s migration program to focus on permanent rather than temporary residents, and will soon appoint three eminent Australians to conduct a wide-scale review of the entire program.

O’Neil said the nation had a “big skills shortage” but the government needed to maintain the flexibility to change the intake in the coming years if the situation improved.

She said the skills shortages were resulting in “funerals being delayed, flights getting cancelled, all the frustration that people are having with travel [and] supermarket shelves just suddenly running out of food”.

“All these things come back to the fact that we just actually don’t have enough workers in the country,” she said. “And so that’s why the migration rates are being lifted for this year.”

The government will also look to significantly fast-track visas for foreign graduates so they can begin work in their chosen field of study.

Jackson said the government’s move to extend the years graduates could stay on would mean more of them were hired by businesses.

She said the policy needed to come with better funding for universities and a faster visa-approval process.

“Canada, the UK and US have rolled out the red carpet – they are doing much better than us in retaining these young people.”

National Tertiary Education Union National President Alison Barnes said the government needed to ensure that graduates’ working rights were protected and they were working in their chosen field of study.

“You really don’t want any unintended consequences flowing from that decision,” she said.

The government has also extended the pandemic-era decision to remove the restriction on international students not being able to work more than 40 hours during any fortnight.

O’Neil confirmed that the restriction would be put back in place at end at the end of June next year.

“We’ve got a skills shortage, but we’ve got to maintain the integrity of our education system, and when people come to study in Australia they’re here for an education – and work should always be an ancillary purpose,” she said.

O’Neil said the review into the migration system will look into better recognising prior qualifications and skills and getting more refugees into the workforce.

“We can do so much better with this critical decision we make about who we should invite here and getting them on a pathway to permanency and citizenship – and we’re just not being strategic about that at the moment,” she said.

O’Neil said the government would not have the “social licence” to lift migration without tackling foreign worker exploitation, and it would settle on a series of reforms next year.

“We’re not going to attract migrants from around the world if we have a systemic problem with exploitation that we don’t do anything about,” she said.

“And we’re not going to get that really important shift to permanency and citizenship that we want to unless we address those issues.”

Opposition leader Peter Dutton on Friday criticised the jobs summit and said the decision to increase the migration cap should “should have been made 100 days ago when the government was elected”.

Asked for her response, O’Neil said the previous government did not do anything to fix the migration problem.

“It is interesting because one of our goals in the migration system is to improve our international standing as a destination for migrants, and there’s probably no single person who has detracted from that other than Peter Dutton himself,” she said. “So he should just reflect on that.”