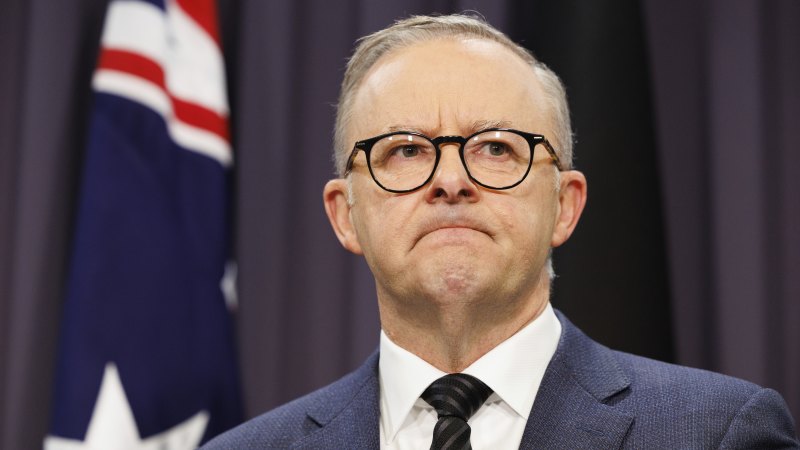 He said he had been advised that the arrangements for Abe’s funeral would not be determined in Japan until after the country’s election, held on Sunday. Flags will fly at half-mast around Australia on the day of the funeral.

Albanese said he had spoken with NSW Premier Dominic Perrottet and Victorian Premier Daniel Andrews, as well as other state leaders, and they had agreed to light up iconic buildings in red and white in recognition of the relationship between Australia and Japan.

Landmark buildings across Melbourne will go red and white from Saturday night, while the Sydney Opera House display will start on Sunday.

In Melbourne, the list of landmarks includes Melbourne Town Hall, the Shrine of Remembrance, the Bolte Bridge, Federation Square, the MCG, the Arts Centre spire and John Cain Arena. In Adelaide, the state’s parliament building, the Torrens footbridge and Adelaide Oval will also have red and white lighting.

Albanese said he had spoken to the Japanese ambassador on Saturday morning to convey Australia’s condolences to Abe’s wife and family.

“A hand that is raised in violence can never overpower what so many hands have built in peace,” he said. “Likewise, this low act of cruelty will not overshadow a life that was lived with such higher purpose.”