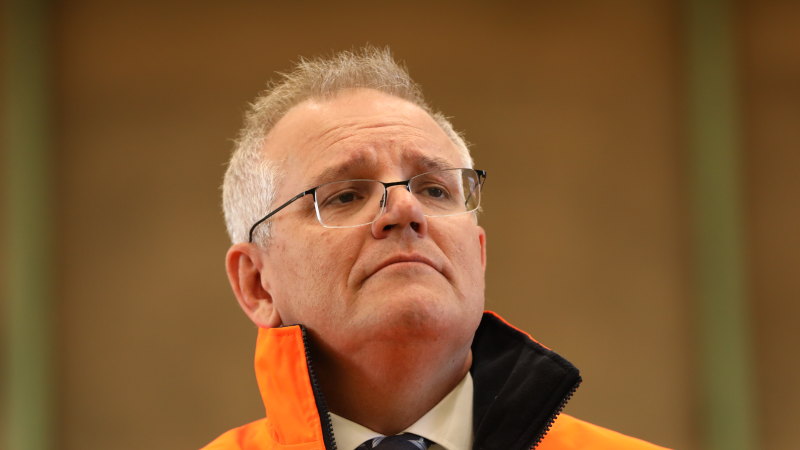 “Given what we now know, it shouldn’t come as a surprise, but it frankly beggars belief.”

The guidelines for the program told applicants a committee would consider their applications but the final decisions would be made by the prime minister. No other federal funding guidelines appear to have the same structure.

“The committee provides advice on the merits of each application. Advice from Industry Innovation Science Australia and relevant ministers will be provided to the minister for industry, science and technology for consideration,” the department said in the guidelines.

Morrison made the decisions solely as prime minister, not through one of his secret portfolio authorisations, even though industry was one of the ministries he gained in decisions he recommended to Governor-General David Hurley.

The former prime minister said in a statement on Wednesday that he made only one decision with the additional authority he held over the five portfolios – his move in February to cancel an oil exploration licence known as PEP-11 against the wishes of then-resources minister Keith Pitt.

The review of the industry scheme does not contradict his assertion because the guidelines for the $828 million said the final decision would be taken by the prime minister.

The decision to give the then-prime minister ultimate control was a departure from the convention of leaving individual grants to each minister, the system applied in the “sports rorts” affair when then-sports minister Bridget McKenzie held authority to bestow $100 million to clubs and associations but her staff liaised with Morrison’s office before final decisions.

A spokesman for Morrison defended the program on Friday as a significant policy from the 2020 budget to invest in local manufacturing and needing the prime minister’s oversight because it covered many different industry sectors.

“The program involved significant grants of on average about $40 million to companies involved in projects that impacted on many different portfolio areas,” the spokesman said.

“The process of assessing and awarding the grants included an industry assessment panel, consultation with Industry Innovation and Science Australia and relevant portfolios, which led to the minister for industry making a series of recommendations to the prime minister for approval. Those recommendations were approved without any amendment.”

Asked why the announcements were made in the weeks before the election, the spokesman said the decisions required exhaustive consultation.

The departmental review of the industry grants was launched in June and reported by The Sydney Morning Herald and The Age at the time but has taken several months to go through hundreds of applications under the initiative, which the previous government set up in 2020 with the promise it would build local industry.

Husic asked for the review out of concern at the scandals over previous Coalition programs including the $100 million “sports rorts” program and the $660 million pledged for commuter car parks, both strongly criticised by the auditor-general.

The initiative, set up in October 2020, offered $1.3 billion in grants in three streams, known as translation, collaboration and integration.

Unlike other parts of the policy, the collaboration stream included rules that left the ultimate decisions to Morrison rather than leaving the decisions to the industry minister at the time, Porter, or his successor in the post, Taylor.

With local jobs a key issue at the election, Husic said in March the Liberals had deliberately delayed the spending programs to “manufacture an election win” by offering money in key sectors.

Husic had also written to Morrison in July 2021 to ask him to accept the advice of the Industry department when making the final decisions.

Industry news site InnovationAus reported the flurry of grants in the collaboration stream over 25 days in March but there was uncertainty about the value of the spending because of the rush of announcements. The reports initially suggested it was $748 million but revised this to $601 million, highlighting the difficulty of tracking the spending.