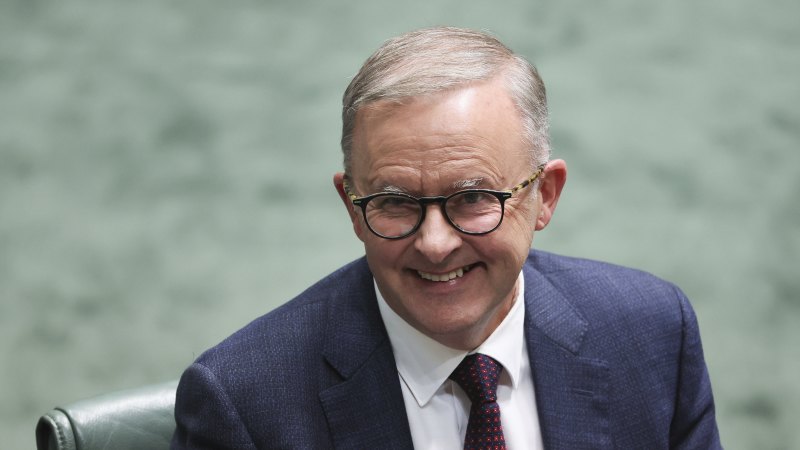 Despite some attempts during the lead-up to the election to cast him as such, Albanese has not, in recent memory, been much of a brawler. But the concerns some in Labor had about Keating were not about his daily instincts, but about those days when his instincts got away from him, and about the ability of parliament and television together to sharpen and broadcast those moments. There will be times when Albanese feels he is unjustly attacked, and will want to hit back hard; there will be times when, politically, he needs to hit back hard. How will he combine this with “bringing decency back”?

There is another area in which Albanese’s political instincts might vie with his desire for a new politics. His early decision to cut staff for independent MPs was largely seen as an aggressive political move. In part, it probably was; it is hard for anybody who has not been an MP to understand how deeply ingrained their sense of competition becomes, how unwilling they are to offer up the slightest advantage.

But I suspect the greater force came from Albanese’s own deeply ingrained political identity as a parliamentarian. He was a noted Leader of the House, in a fractious minority government. He has deep knowledge of and strong views on all rules pertaining to parliament – and on their fairness. I suspect he genuinely bridled at what he quite reasonably saw as a rort-adjacent sweetener offered to crossbench MPs by successive Liberal prime ministers.

Regardless of whether the decision was correct (it is worth noting the government partly reversed itself last week in relation to some senators), it points to a potential danger for Albanese, of focusing on the mechanics he knows so well at the expense of broader principles. This will be particularly interesting in the coming parliamentary contest, given it is between two former Leaders of the House. Albanese can almost certainly best Peter Dutton when it comes to rules and tactics, but in a government hanging its hat on decency and accountability that is unlikely always to be the best move.

Beneath all this runs an important question. What, in the eyes of the government, is the parliament for? The answer will be found not only in Albanese’s answers and conduct, but in the ways his colleagues choose to answer questions, both from their opponents and their colleagues. Dorothy Dixers will remain (as Leader of the House, Tony Burke, confirmed yesterday), but this does not mean they have to be facile reruns of slogans we’ve heard before. Will ministers attempt, not only to answer questions, but, across years, to mount arguments?

Or, to ask a slightly different question, which of them will mount arguments? Which of them will have policies worth mounting arguments for? We know so little, yet, of whom this government’s standout performers will be. Who will be the entertainers? The attack dogs? The bracing tellers of truth? How will they balance each other? And how will each of them, individually, balance the need to perform in parliament, and in public, with that higher aim of decency?

Because, in the end, a government is only a group of individuals. How committed those individuals are to the aims that Albanese has espoused will determine how “decent” a government this is, in every sense.