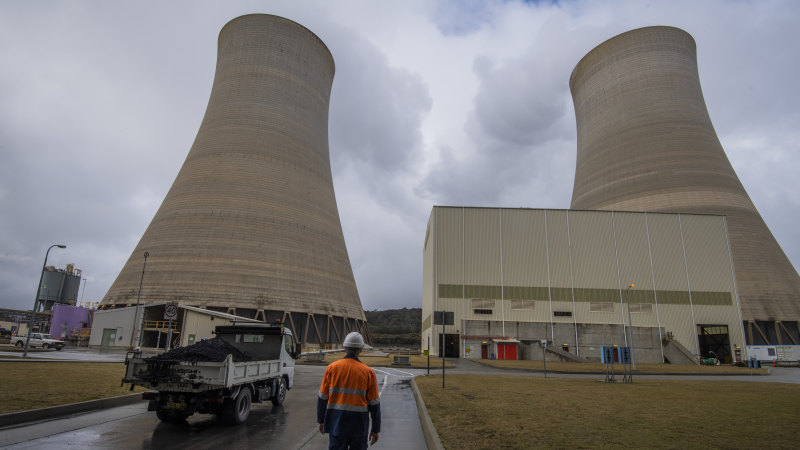 Federal Energy Minister Chris Bowen was asked on Tuesday if power companies were gaming the system and said the compliance regulator was monitoring the situation “very, very closely”.

“The Australian Energy Regulator reminded [power companies] of their obligations of the law this morning,” Bowen said.

The market regulator has reassured ministers that it believes there is still sufficient power available to the grid.

“I have been in contact with [AEMO] and they are confident the situation can be and will be avoided in NSW and Victoria in particular in coming days,” Bowen said on Tuesday. “Nobody should turn off any power usage that they need for their comfort or their safety … nobody is asking for that to happen.”

A spokesperson for the Australian Energy Council, which represents major power generators including AGL, EnergyAustralia and Origin, said its members faced a “complex issue” but were seeking solutions to the power crunch.

“The price cap unintentionally means that some plants can’t recover their fuel costs. Participants are legitimately seeking ways to resolve the problem,” the spokesperson said.

NSW Treasurer and Energy Minister Matt Kean said he was in close contact with AEMO and had “every confidence” there was enough power available to avoid blackouts, and he identified compensation payments as a cause of shortfall warnings that had sparked concern.

“The reason that generators are waiting for the market operator to direct them, rather than taking a loss in the market is because they are eligible for some compensation from the Australian Energy Regulator,” Kean said.

Victorian Energy Minister Lily D’Ambrosio warned it was “unacceptable to see some businesses potentially gaming the system to increase their profits”.

“Any such behaviour will be investigated,” she said. “We will continue pushing for reforms that ensure the needs of Victorians are put ahead of big company profits.”

When there is a looming shortfall AEMO is required to issue a notification, which it has been doing regularly due to the large volume of power being withheld. There are currently shortfall notices for Queensland, NSW, Victoria, South Australia and Tasmania, but AEMO said on Tuesday afternoon that about 2 gigawatts had been withheld in both Queensland and NSW and this could be directed to fire back up to supply the market, which would trigger compensation.