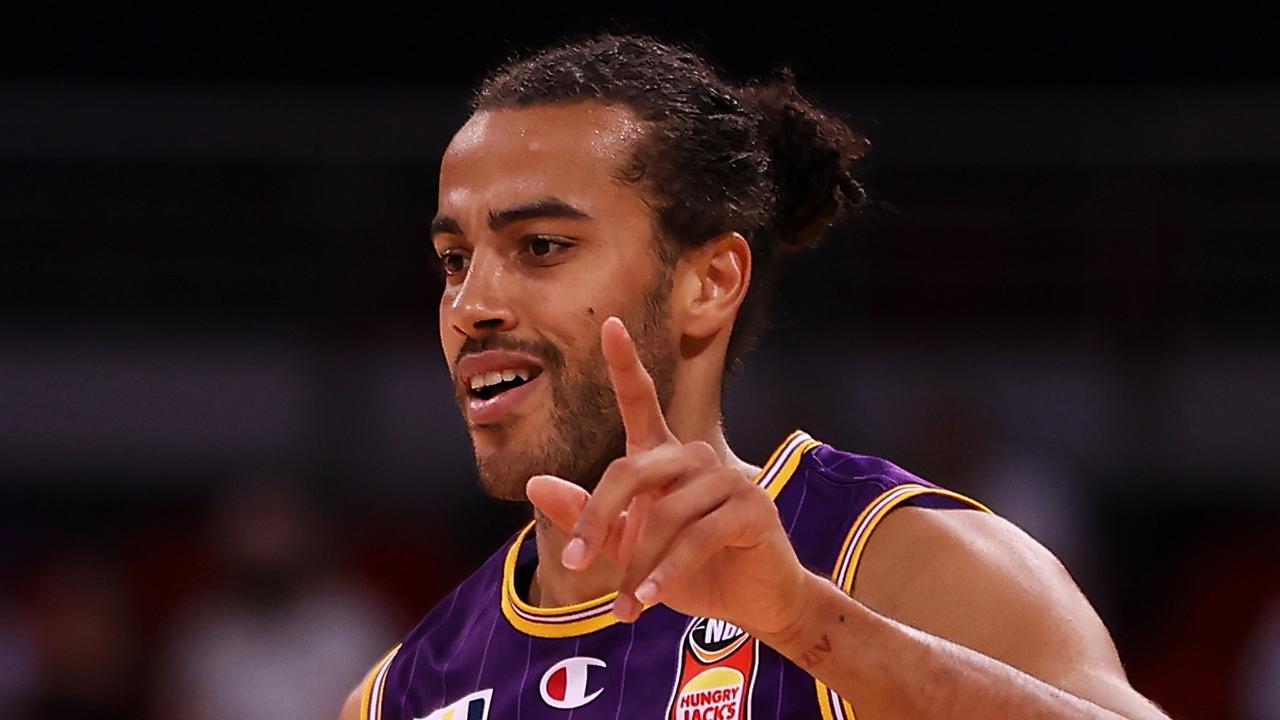 One statistic has revealed just how crucial versatile big man Xavier Cooks is to the Sydney Kings’ set-up under Chase Buford.

Think the NBL MVP award is a race in three?

Perth Wildcats stars Bryce Cotton, Vic Law and South East Melbourne jet Mitch Creek have been all the rage among hoops pundits putting forward their picks for the best players in NBL22.

Xavier Cooks has entered the chat.

Watch Every Game of the 21/22 NBL Season Live & On-Demand with ESPN on Kayo. New to Kayo? Start Your Free Trial >

The versatile Sydney big man has led his side to four wins in their last five outings and put them back in the hunt for a top-four berth.

And, in the six games to Round 11, he is overwhelmingly the most important player to his team of anyone in the league — the Kings are a ridiculous +93 while he’s on the floor but, even more stark, they’ve have been outscored by 46 when he goes to the bench.

Cooks franked his brilliant form with a career-high 23 points and a pair of monstrous dunks against South East Melbourne on Friday night.

Ask coach Chase Buford if the 26-year-old deserves to be in the MVP discussion and the answer is “for sure” — on his elite defence, alone.

“For me, he is the runaway Defensive Player of the Year,” Buford said, following the Kings’ win over the Phoenix.

“We’ve got a few guys — Xav, Jarell’s (Martin) been terrific at times — he had 20 (against the Phoenix). (It) wasn’t Jaylen Adams’ best game, but (he) still comes away with six assists, one turnover, 14 points, 8 rebounds.

“We don’t look at ourselves as one guy’s an MVP or this or that, we’re just a basketball team.

“It could be anybody (who leads) on any given night but, from a defensive perspective, X anchors us, every game, he’s been a rock for us.”

Cooks is the voice — and long arm — behind the third-best defence in the game, his 1.71 blocks per night good enough for fourth in the league. His statistical contribution is unique. Often deployed as a quasi-point guard playing the four and five, he averages nearly 2.5 assists, which is No. 1 in the league among players who stand taller than 200cms. Add to that 9.2 rebounds — fifth in the NBL — and 13.5 points on 50 per cent shooting and you have a guy who is impacting the game in almost every facet.

He’ll have a chance to go again today when his red hot Kings face the Brisbane Bullets.

Missing star Boomers guard Nathan Sobey, the Bullets come off a short turnaround after accounting for Adelaide on Friday night.

They were keyed by a huge 32-point effort from Lamar Patterson and coach Buford’s focus is on setting the tone with an improved defensive effort from his team.

“The way we play, we’re not going to do a whole lot of adjusting, we like to come out, play our style, have people try to match us,” he said.

“Brisbane’s a terrific team. They’ve got some great offensive players, even with Sobey out. They have terrific scorers in Patterson, (Jason) Cadee, (Robert) Franks, Anthony Drmic can get hot.

“We’ll have to be ready to guard them much, much better than we did (against Phoenix).”