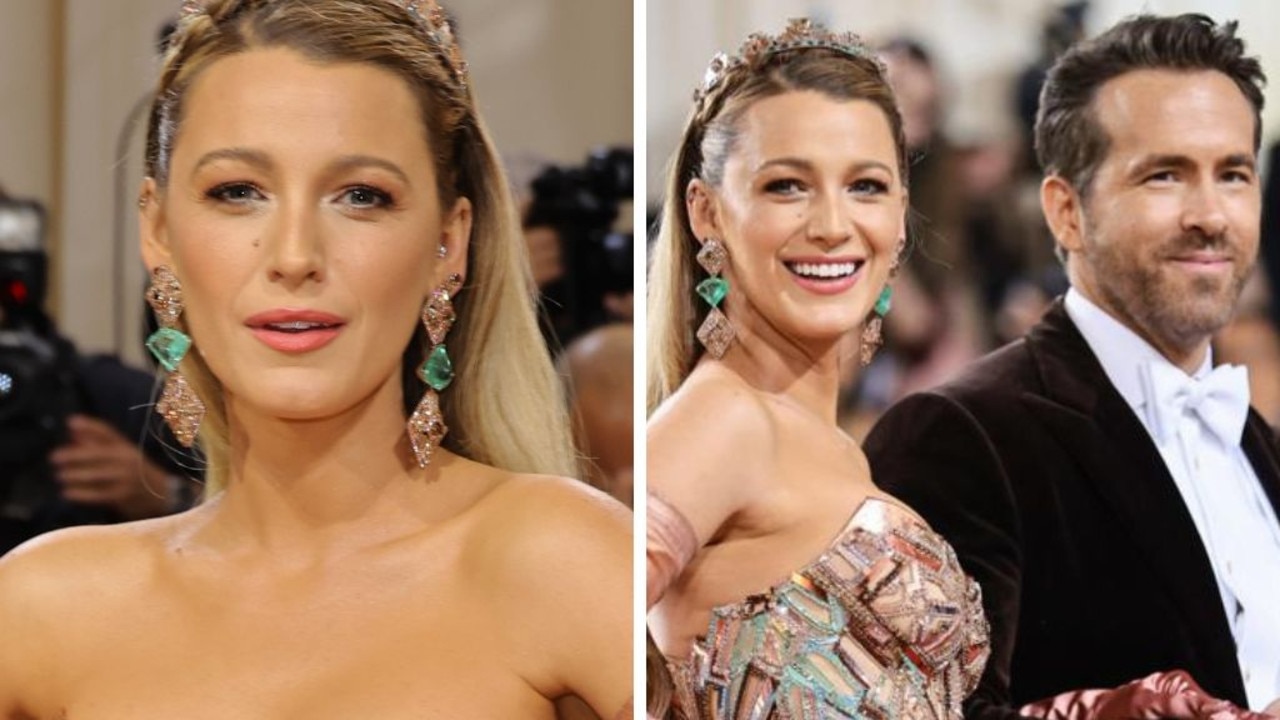 The US actress stunned onlookers at the Met Gala by unveiling a surprise detail in her outfit while walking the red carpet.

Blake Lively has pulled off a Cinderella-style stunt on the Met Gala 2022 red carpet.

The 34-year-old US actress, who co-chaired this year’s event alongside her husband actor Ryan Reynolds, wore a breathtaking Atelier Versace gown at Monday’s event at the Metropolitan Museum of Art.

But her look evolved into something entirely different once Lively hit the red carpet.

But Lively later ‘unwrapped’ the bow on the red carpet (with the help of several assistants) to unveil her lengthy turquoise-coloured train on the underside.

Lively went literal with the ‘In America: An Anthology of Fashion’ theme; her dramatic train featuring a handpainted celestial map found on the ceiling of Grand Central station in New York.

The tones in her gown were also a nod to the Statue of Liberty, which has oxidised from copper to blue over the years.

Lively told E! that her strapless bustier was “architecture from the Empire State Building.”

The mother-of-three also hit the red carpet with Reynolds, 45, who opted for a smooth, velvet tuxedo.

The duo, who have been married since 2012, have become renowned for their hilariously honest relationship, with many considering them to be the epitome of “couple goals”.

The Gossip Girl star is a fashion favourite on red carpets, with her Met Gala gowns proving her most iconic.

Over the years, she has matched her memorable gowns to the colour of the red carpet.

Guests at this year’s Met were told to dress in the theme of “Gilded glamour, white-tie”.

They were encouraged to “embody the grandeur – and perhaps the dichotomy – of the gilded age New York”.

Reynolds and Lively co-chaired the 2022 event alongside Regina King and Lin-Manuel Miranda.