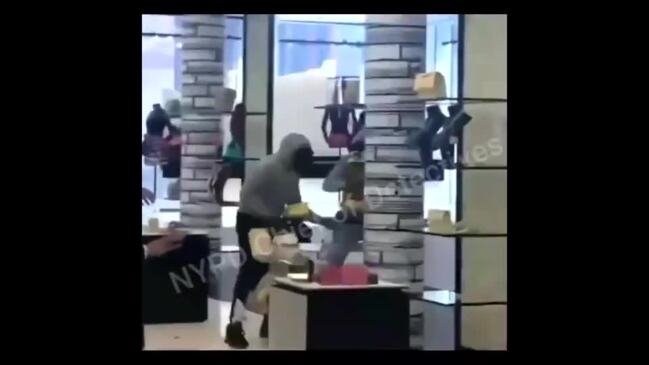 A Brooklyn man was convicted of robbery charges by a jury on Tuesday, March 29, after prosecutors said he and three other people robbed a Chanel store in Manhattan on February 2, 2021, during which more than $200,000 in merchandise was stolen. Eric Spencer, 30, was arrested 18 days after the robbery in Fort Lauderdale, Florida, on February 20, 2021, police said. The US Attorney for the Southern District of New York (SDNY) said Spencer had threatened a security guard by flashing the handle of a gun in his waistband, while he and the three other suspects grabbed “handbags and other items off the walls,” eventually making off with items valued at more than $200,000. A day after the robbery, Spencer had sent text messages saying he had committed the robbery and “bragged on social media about having so many items from the store that he ‘COULD OPEN A SMALL BOUTIQUE’,” the SDNY said. Spencer was convicted on two robbery charges, each of which carries a maximum potential sentence of 20 years. Sentencing would be determined by a judge on June 30, the SDNY said. The footage here, showing the robbery as captured by surveillance cameras at the store, was released by the NYPD two days after the robbery. Evidence presented by prosecutors during the one-week trial included a CCTV image of Spencer fleeing the store, in the city’s SoHo neighborhood, and a photo prosecutors said was taken by Spencer showing a Chanel handbag stolen from the store. Credit: NYPD/SDNY via Storyful