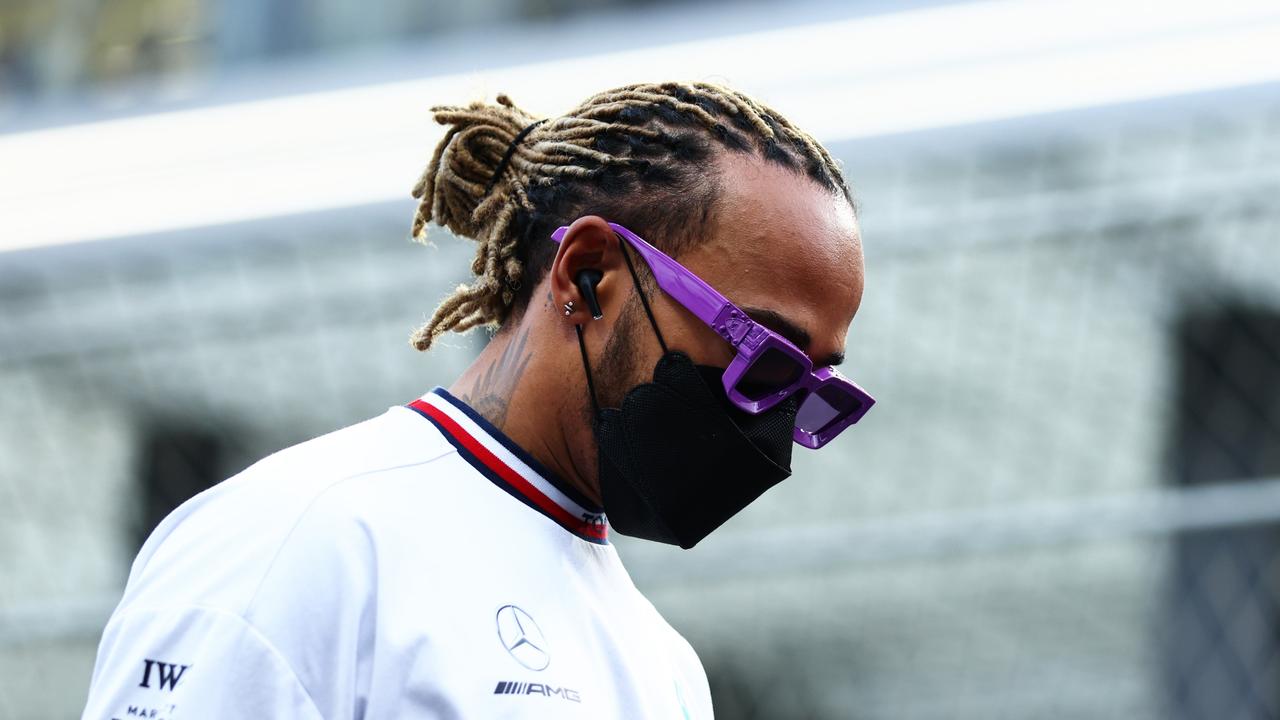 Seven-time world champion Lewis Hamilton has revealed the toll the start to the 2022 F1 season has taken on him.

Lewis Hamilton has revealed he is “struggling mentally and emotionally” after a tough start to the Formula One season.

The seven-time world champion, who finished third in the season opening race in Bahrain and 10th at Sunday’s Saudi Arabian Grand Prix, made the admission via a post on his Instagram story on Thursday.

“It has been such a tough year already with everything that is happening around us,” said the 37-year-old driver. “Hard some days to stay positive.

“I have struggled mentally and emotionally for a long time, to keep going is a constant effort but we have to keep fighting. We have so much to do and to achieve.” Hamilton, who has won more F1 races than any driver in history, has had a tough start to the new campaign in his uncompetitive Mercedes car.

He finished third in the opening round in Bahrain after both Red Bull drivers retired in the closing stages and then scored just a solitary point in Saudi Arabia.

It comes just weeks after the traumatic end to his 2021 world championship campaign.

The British driver was poised to capture a record-breaking eighth world title in December’s season finale in Abu Dhabi before a controversial safety car restart allowed Max Verstappen to pass him on the final lap.

Hamilton was opposed to competing in Jeddah, following a nearby missile strike during Friday’s practice, and said after the race: “I just want to go home.”

Hamilton, already 29 points behind Ferrari’s Charles Leclerc, who is top of the drivers’ standings, will be back on track at the Australian Grand Prix next week.