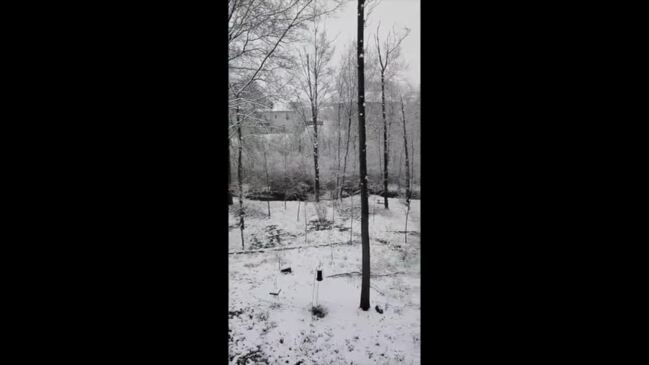 “Lake-enhanced snow” hit portions of northeastern Ohio, on Tuesday, April 19, as a storm system threatened parts of the region with up to half a foot of snow, the National Weather Service (NWS) reported. The service said northeast Ohio and northwest Pennsylvania could expect a few inches of snow accumulation on Tuesday, and warned drivers to “take it slow” if out on the roads. This video taken by Twitter user @debra_jean3, who said she filmed it in Macedonia, Ohio, shows snowfall. Credit: @debra_jean3 via Storyful