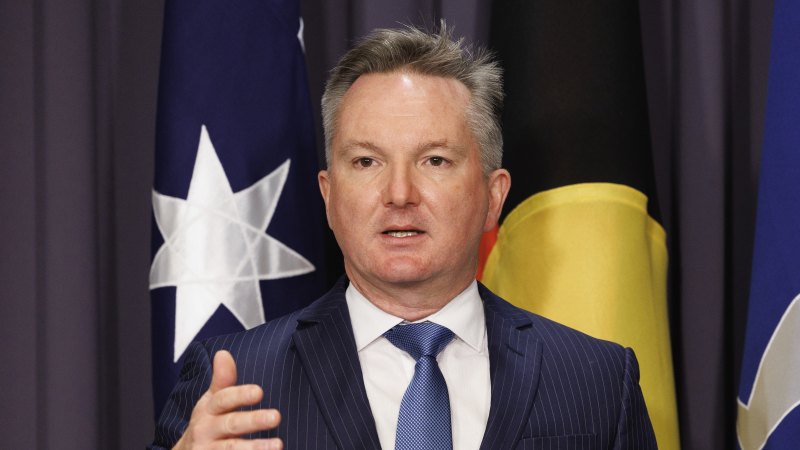 “Our job collectively across the planet is to make forward progress to make sure the international institutions … are strong and robust and making forward progress, and under Anthony Albanese we’ll play a very strong role in doing so.”

Labor announced on Monday changes to its climate change bill designed to ensure support from the Greens, including inserting the 43 per cent target into the objectives and functions of key agencies such as CSIRO, the Clean Energy Finance Corp, Infrastructure Australia and the Australian Renewable Energy Agency.

The government will need the Greens’ votes in the Senate to pass its legislation, as the Coalition has indicated it will oppose the targets.

Labor stopped short of some of the Greens’ biggest demands, such as phasing out coal and gas exports, and it remains to be seen if this rewrite of the bill is enough to lure the minor party across the line.

Bowen on Monday also confirmed he would alter the wording of the original bill to make it clear that while the 43 per cent target would not be raised, it was a minimum requirement, not a ceiling.

“The 2030 target is set in legislation. It’s our target and we’ll stick with it,” Bowen said. “We hope and expect Australia can do even better than that with the combined efforts of industry, unions, communities, governments state and federal.”