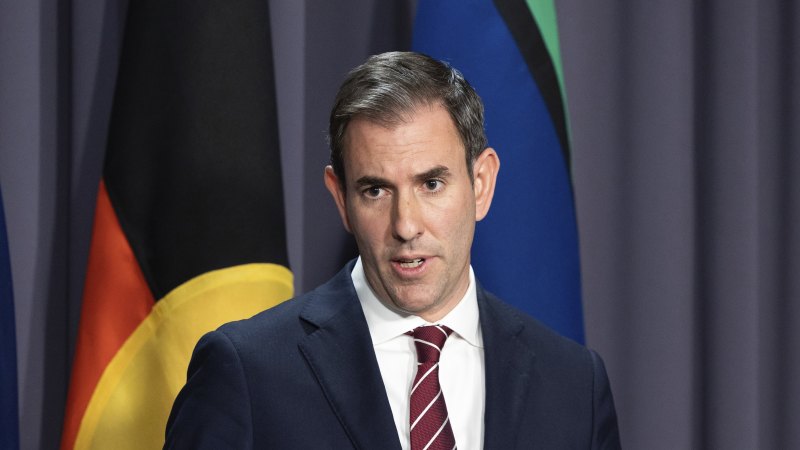 While inflation hurts ordinary workers, it is helpful for the budget. Figures released on Friday showed the deficit for the first 11 months of 2021-22 was $34.6 billion. It had been expected to be $63.7 billion to the end of May.

Spending is also a little lower in key areas. Expenditure on housing services is just 67 per cent of the full-year forecast while transport and communications spending is just 43 per cent of expectations.

Chalmers said the better result to May was a reflection of the surge in commodity prices due to the war in Ukraine and Australia’s tight jobs market.

But he cautioned there was a great deal of volatility, noting iron ore prices had dropped by 12 per cent last week.

The lift in global interest rates also meant government debt, now at $892 billion, would be more expensive than expected.

“We shouldn’t assume that those budget improvements are an ongoing feature of the budget. We can’t be complacent about it. There are a range of issues working in the other direction as well,” he said.

“One of those is the fact that if you consider this trillion dollars of Liberal debt we have inherited … as interest rates go higher, the costs of servicing the debt goes up as well. That’s another pressure on the budget.

“The budget is in a pretty big structural deficit when you consider the worthy, warranted spending that’s in the budget. And increased borrowing costs is one of those additional pressures.”