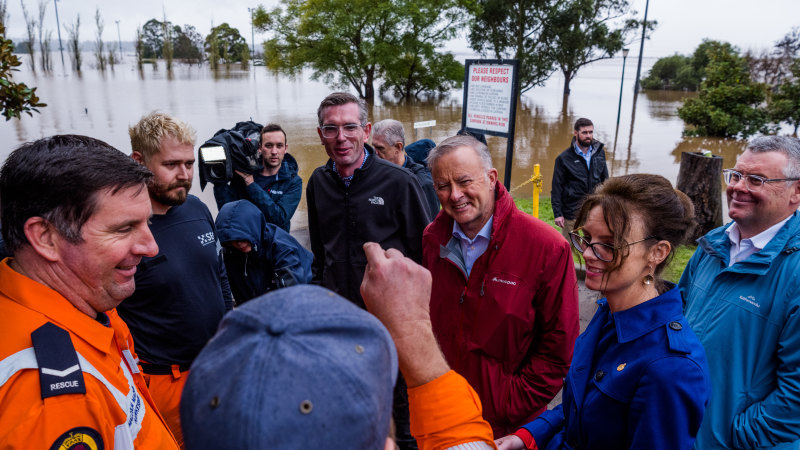 The pandemic drove significant changes in Australia’s federation, especially by empowering the states, albeit without any formal alteration in the distribution of responsibilities. We are yet to see whether lasting changes will come out of that experience. But if the Albanese government wants to promote its various reforms, as much harmony as possible with the states, and especially the bigger states, will be vital.

For his part Perrottet, facing a very difficult election early next year, has an incentive to get on with a popular new federal government. He doesn’t want fights on two fronts.

Where possible, the PM will bring his declared aim of a “consensus” approach to his dealings with the states – which could all be Labor on the mainland if Perrottet loses. Albanese wants a “reset” in the federation.

A “reset” and a consensus approach are already being pursued in higher education by Education Minister Jason Clare, who outlined his plans at a Universities Australia conference this week.

Political players and commentators have noted a feeling among many people after the election of what’s described as “relief”. Nowhere is this more evident than in the university sector.

The Coalition hardly tried to disguise its hostility to universities. It decided they were rich enough not to need JobKeeper, so they were excluded from that assistance. Some did have plenty of resources, but not all. And the pandemic delivered a body blow to the lucrative revenue flow from overseas students. There have been extensive job cuts.

The former government also had ideological issues with universities. They were seen as incubators for left-wing ideas. It wanted them much more directly tied into the jobs market. It reshaped its funding, imposing heavier course fees on humanities students.

Clare will announce in coming months a group to lead Labor’s proposed “accord” process to chart future directions for the universities. This will involve a broad range of stakeholders, and amounts to a major new inquiry into the sector.

Tanya Plibersek, who’d been expected to hold the education portfolio, summarised Labor’s desired approach when she was shadow minister. “The aim of an accord would be to build consensus on key policy questions and national priorities in a sober, evidence-based way, without so much of the political cut and thrust. Building that consensus should help university reform stick.”

But Andrew Norton, professor in the practice of higher education policy at the Australian National University, says the word “accord” carries “the implication we’re going to seek agreement between conflicting views and interests rather than pursue a coherent new policy direction based on rigorous analysis”.

While the collaborative approach is welcome, potential tension points are obvious, especially when the government will be under heavy budgetary constraints for years to come.

A coming test for consensus will be the September jobs summit. This will be an ideas-gathering exercise, but the government will also want to shape it as a prelude to the October budget, and that would require some common messages.

The summit needs to reach a degree of agreement on the immediate problems, probably not so difficult given the acute labour market shortages. To what extent, however, will participants be able to coalesce around solutions, for example the desirable level of migration?

In a bold or foolhardy gesture, depending on your view, Albanese has indicated he won’t be deterred by a failure to reach consensus in one of the most sensitive policy areas he faces. This is the plan to hold a constitutional referendum this term to enshrine an Indigenous Voice to Parliament.

In a recent interview with The Australian, the prime minister said: “You don’t need a consensus but you need a broad agreement, firstly, among First Nations leaders and then, secondly, you would seek to get as broad a political agreement as possible for a referendum.

“So that doesn’t mean that any group would have veto power because my concern is that unless there is a referendum in the foreseeable future, then the momentum will be lost.” If the Coalition was opposed, “we would consider that as a factor but not necessarily a decisive one”.

The conventional wisdom is that, given the difficulties of getting any referendum through and the dismal history of attempts, bipartisanship would be essential for the success of this one. Speaking on Sky on Thursday, opposition spokesman Julian Leeser was non-committal about the Coalition’s likely position.

The costs of failure on something so fundamental would be high. The defeat of the 1999 referendum on the republic put the issue off the agenda for a generation (so far).

It would be extremely risky for Albanese to go to the people without consensus across the major parties.

On the other hand, it might be that his threat to do so would increase the pressure on the opposition. Certainly it would intensify what will be a very difficult debate within it. Would the Coalition really want to withhold its support, and by doing so fuel division in the community?

It’s too early to say. But we can say this referendum is shaping up as the highest-stakes social issue of this parliamentary term.