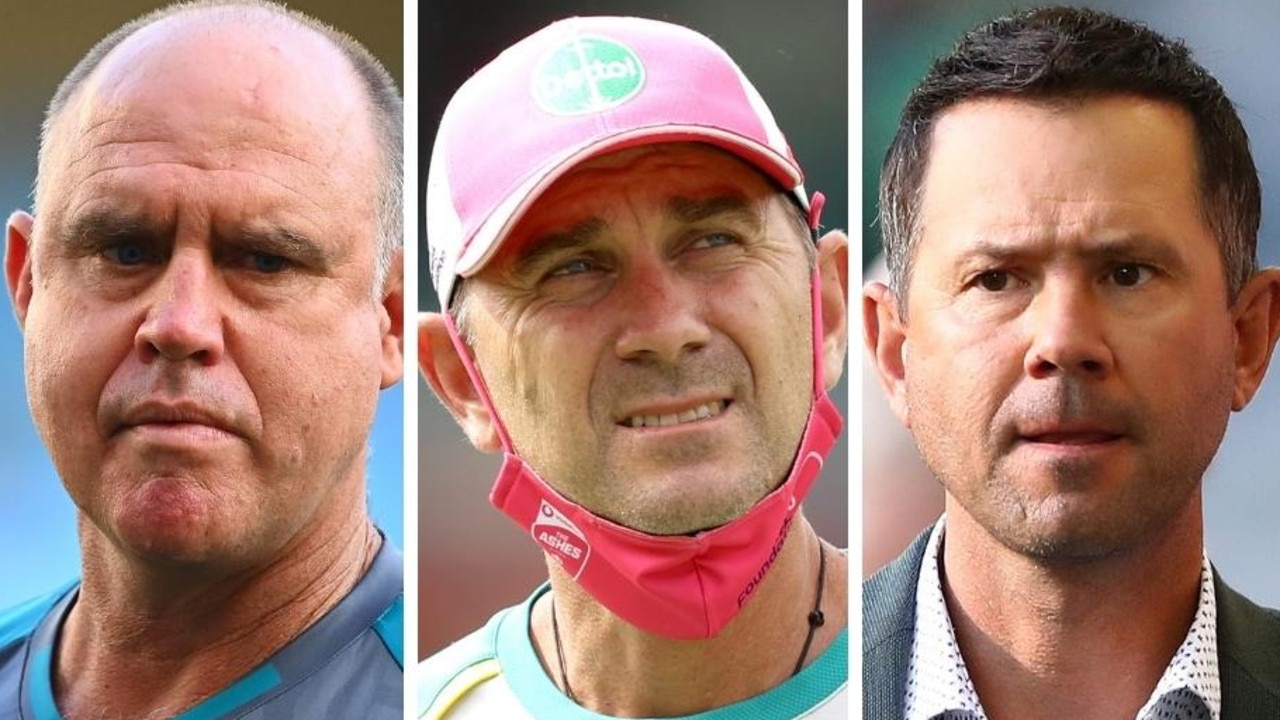 Justin Langer’s resignation has sparked a passionate response from Australian sporting fans and ex-teammates, with former Test captain Ricky Ponting calling it “a really sad day as far as Australian cricket is concerned”.

On Saturday, Langer’s management company DSEG confirmed that the 51-year-old had tendered his resignation, stepping down as coach of the Australian men’s cricket team with immediate effect.

A crisis meeting between CA chiefs and senior players was needed last year to address Langer’s breakdown in relationship with the players, sparking suggestions he was in danger of not having his contract renewed.

On Friday, the Cricket Australia board met to discuss Langer’s contract, which was set to expire in June, confirming they would enter “confidential discussions” with the former Australian opener to ensure an outcome “as soon as possible”.

CA offered the West Australian a short-term contract, but he turned it down and stepped away from the role. Assistant coach Andrew McDonald has been appointed interim head coach ahead of next month’s Pakistan tour.

“The contract extension offered to Justin was the result of a thorough review process that evaluated many factors including future requirements of the team and the upcoming extensive schedule of fixtures,” CA said in a statement.

“The extension was approved by the CA Board and was put to Justin last night. It included the opportunity to defend the T20 World Cup title in Australia at the end of this year.

“Justin informed CA this morning he was not accepting the offer and would resign with immediate effect.”

According to reports, Langer’s management company announced his resignation on social media before Cricket Australia had been informed of the decision.

Langer’s resignation comes after Australia secured its maiden T20 World Cup title in November and retained the Ashes with a comprehensive 4-0 series triumph a few weeks ago.

Speaking on ABC Radio, Ponting suggested Langer had been pushed out of the coaching role after a “small group” of players refused to support him.

“It is a really sad day as far as Australian cricket is concerned and if you look back it has been a really poor six months on the whole in the way that Cricket Australia has handled some of the better people in the Australian cricket — Justin Langer and Tim Paine — and I think it’s been almost embarrassing the way they have handled those two cases,” Ponting said.

“He mustn’t have had the full backing of the board. Me knowing Justin the way that I do, he was very keen to continue in the role, as he should have been after what’s been the best coaching period of his international career having just won the T20 World Cup and then the 4-0 result in the Ashes.

“It seems like a very strange time for a coach to be departing.

“Reading the tea leaves it sounds like a few — and as he says to me a small group in the playing group and a couple of other staff around the team — haven’t entirely loved the way he has gone about it.

“That’s been enough to force a man who has put his life and heart and soul into Australian cricket and done a sensational job at turning around the culture and the way the Australian team has been looked at in the last few years to push him out of the job.”

Several other former teammates and Australian cricket greats have jumped to Langer’s defence in the aftermath of the contract saga.

Former Australian opener Matthew Hayden told ABC Radio on Saturday: “It was absolutely clear that no one backed him. If you listen to the Australian captain speak the other day, there was not one mention of any sort of commendation or support.

“That would have been extremely hurtful.

“How do you reckon he’d be going? To hear the Australian captain on Sunrise offer no support and commendation. How would you feel?

Former Australian bowler Mitchell Johnson wrote on Instagram: “It‘s very disappointing to watch the treatment of one of the very best humans in cricket, on & off the field. Makes you wonder how the future looks & also makes you wonder why would you want to coach the Australian cricket team.”

Channel 7 commentator Alison Mitchell tweeted: “It’s a pretty sad situation when the winning Ashes coach has to go. Clash of methods or personalities or both, no one can dispute Justin Langer’s passion for his country or, being from WA, the immense family sacrifices he made in recent times in particular.”

Langer’s manager James Henderson posted: “As a player Justin retired on top after a 5-0 Ashes whitewash. Today, despite the views of a faceless few, he finishes his time as Australian cricket coach winning the T20 World Cup and the Ashes. Lest we forget what JL took over in 2018.”

CA chief executive Nick Hockley said in a statement: “Justin has been an outstanding coach of the Australian men’s team over the past four years.

“He has restored the trust in the team and his legacy is assured.

“We are extremely proud of his achievements since he took over in 2018, including the recent T20 World Cup victory and Ashes success.

“We are naturally disappointed Justin has decided against continuing as coach but respect his decision and wish him all the best in the future.

“I would like to sincerely thank Justin and also his family for all that they have given to Australian cricket over the past four years, for which we remain eternally grateful.”

“It’s in Cricket Australia’s hands,” he said when asked if he wanted Langer in charge.

“JLs been doing a fantastic job, he’s been there for four years, his contract is obviously up soon, they’re just going through an evaluation process at the moment, which I think is fair, the right thing to do. We all get evaluated all the time as cricketers. It’s part of a high-performance environment.

“That process is happening, it’s a decision for Cricket Australia and we just have to wait.”

Langer will fly back home to Perth for the first time in six months on Saturday. He won 15 of his 27 Tests as Australian men’s coach since taking charge in 2018.