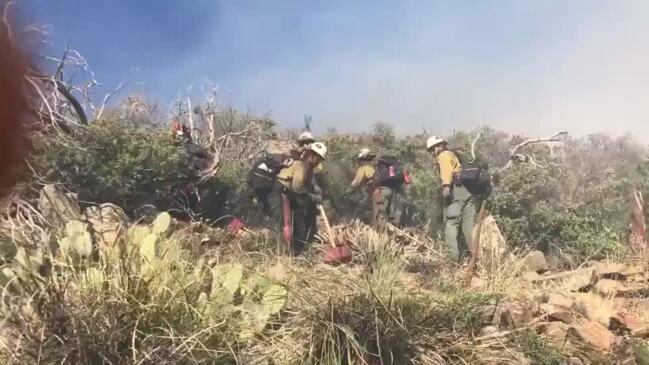 More than 740 personnel were fighting a 14-square-mile wildfire burning south of Prescott in central Arizona as of Thursday, April 28, fire officials said. The Crooks Fire, which officials said was “burning in continuous thick, dry, dead, and down fuels in very rugged terrain” of the Prescott National Forest, was exacerbated by “erratic” winds that made conditions dangerous for firefighters. As of April 28, the fire was estimated to be 9,014 acres in size and was 23 percent contained, according to fire officials. A total of 746 personnel were assigned to the scene. Video shared by the Mesa Interagency Hotshot Crew shows units on the scene of the Crooks Fire. Credit: Mesa Interagency Hotshot Crew via Storyful