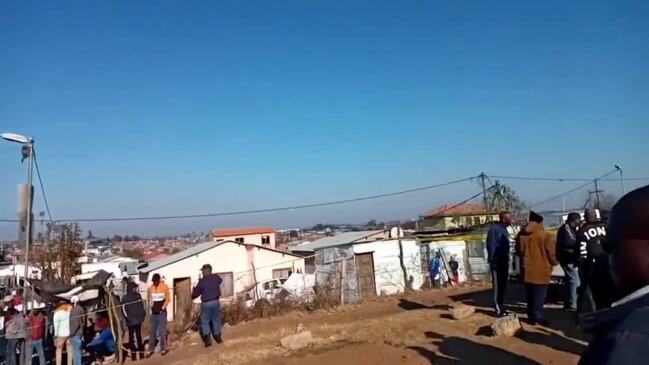 At least fifteen people were killed, and nine others injured, when gunmen opened fire on a tavern in Orlando, South Africa, in the early hours of July 10, local media reported. Police spokesperson Dimakatso Sello told The Times, “On Sunday at about 00:30, a group of men armed with rifles and 9mm pistols entered the tavern and started shooting randomly.” “23 people were shot, 12 of whom were declared dead on the scene, while 11 were rushed to a nearby hospital.” A local policeman at the scene said no arrests had been made and the motive for the shooting was unclear. This footage was published by local journalist Kalden Ongmu. Credit: Kalden Ongmu via Storyful