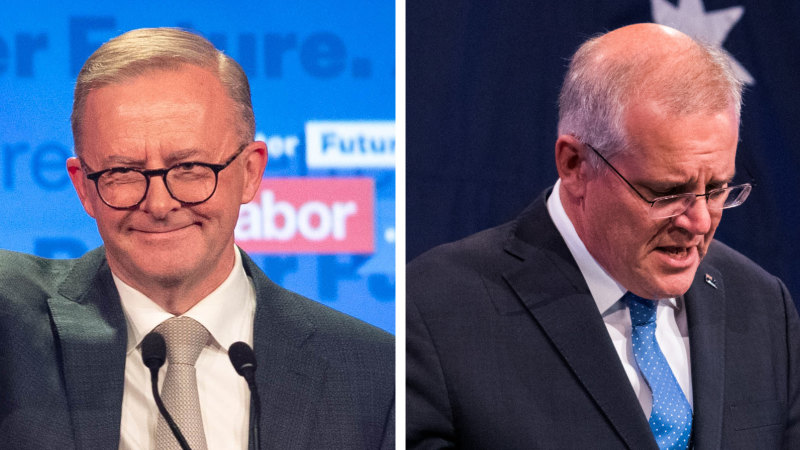 The Solomons pact was reported in this masthead on March 24 after the draft agreement began circulating on social media.

The “Manchurian candidate” claim from the government, referring to a 1960s movie in which a United States soldier is brainwashed by communists to become a puppet for a foreign government, was levelled at Labor deputy leader Richard Marles in parliament in the months before the election.

Erickson’s assessment of the campaign will also name housing and wages as key issues where Labor gained an edge.

“We campaigned consistently on the need to boost wages growth – it was in our TV ads. And we pointed out there were plenty of things the federal government could do,” he says in a draft extract from the speech.

Erickson says the Liberal Party denied there was anything the government could do but went too far when Albanese backed the idea of increasing the minimum wage for essential workers to keep up with inflation of 5.1 per cent.

“Then the Liberals claimed the sky would fall in – undercutting their campaign assertions about the strength of the recovery,” he says. “This wasn’t just incompetent, it was incoherent.”

On housing, Erickson says a proposal from the government in the last week of the campaign to let people use their superannuation to buy their first homes was a “desperate attempt” to start a culture war.

“This final week surprise fell flat because voters saw it for what it was – bad policy that would undermine the superannuation system and push up house prices,” he says. “In our final week research, we struggled to find a friend for the Liberals’ superannuation-for-housing policy.”

Some Labor insiders have privately criticised aspects of the party’s campaign, including moments where Albanese stumbled over his answers or made mistakes, as he did on the first full day of the campaign when he could not name the unemployment rate.

One Labor figure told this masthead a week out from election day that Labor would win despite the way the campaign was conducted rather than because of it.

But Erickson says the party overcame the crucial barrier among voters who might resist the idea of change.

“The biggest barrier Labor had to overcome was not voters’ evaluation of our proposition or a counter-offer from the Coalition. It was a widespread and deep sense of fatigue, anxiety and aversion to risk after some of the most difficult years we’ve endured,” he says.

“Normally, these sentiments would drive fence-sitters decisively back to the government of the day and weigh heavily against an effort to build a majority for change. Yet we had a powerful argument.

“We asserted that the alternatives at this election were not ‘the devil you know’ or ‘a leap into the unknown’. Instead, it was a clear choice between a better future under Anthony Albanese and three more years of Scott Morrison.”