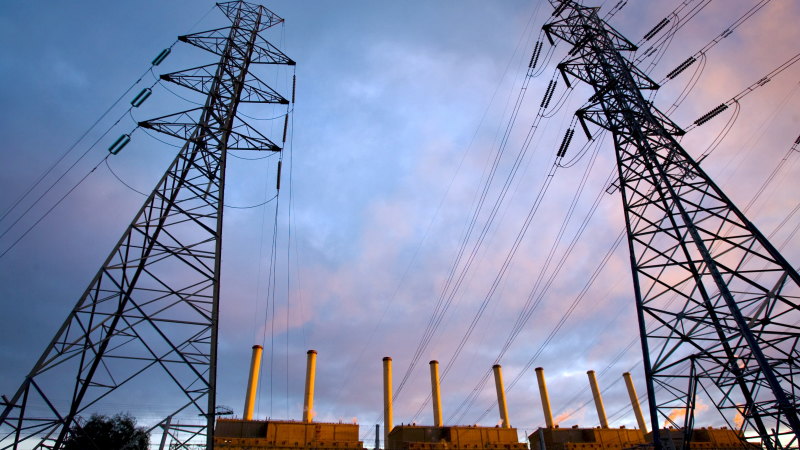 The withdrawals on Tuesday represented more than 10 per cent of the east coast energy grid’s total generation capacity of 55 gigawatts and followed a series of breakdowns and maintenance outages that have forced about one quarter of the east coast’s coal-fired power stations out of action.

There is no law stopping power companies from withdrawing their electricity generation from the market, and in the past two days, they have reduced the volume available by 2 gigawatts in Victoria, 3 gigawatts in NSW and 1.5 gigawatts in Queensland.

Economic pressures for power companies ramped up in recent days because AEMO slapped caps on the price they can charge for wholesale electricity, which suddenly became far more expensive to generate due to the spike in prices for fossil fuels – which currently generate about two-thirds of the Eastern Seaboard’s electricity.

Australian Energy Regulator chair Clare Savage wrote to power companies on Tuesday warning that they may be in breach of rules against reckless behaviour and actions without reasonable cause that prompts AEMO to intervene in the market.

“There are rules around how and when they can withdraw supply from the market and I have written to every generator in the east coast yesterday to make sure they understand their obligations and they are in the process of providing the reasons to us,” Savage told Channel 7 on Wednesday.

Energy experts have accused electricity providers of “unconscionable conduct” for withdrawing their power.

But the Australian Energy Council, which represents large power companies, said its members were losing money selling power due to soaring costs of the coal and gas they burn.

“There is sufficient capacity in the market but the situation is tight,” said the council’s chief executive Sarah McNamara.

“The price cap has the effect of incentivising some generators to sit on the sidelines and await direction from the market operator. And that’s because those generators are being squeezed between the price cap and their high input costs.”