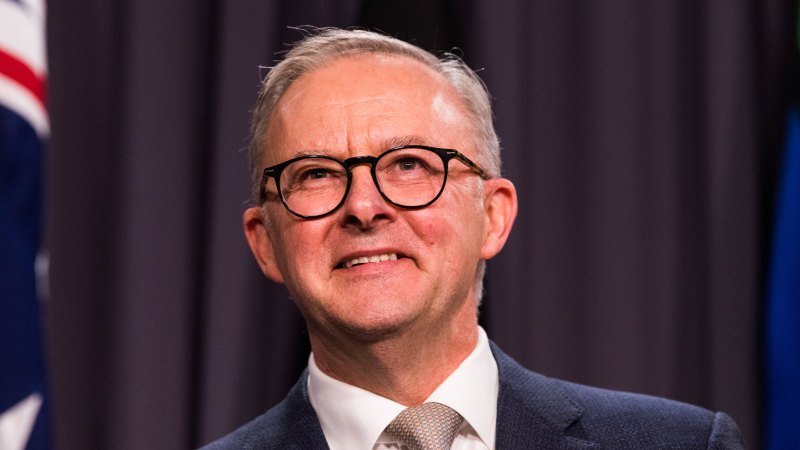 Albanese said he remained hopeful Labor would secure a majority in the House of Representatives and form government in its own right, but he had spoken to five re-elected MPs on the crossbench who had assured him of confidence and supply.

“I have received and have had discussions with the existing members of the crossbench and received confirmation from Rebekha Sharkie, Bob Katter, Andrew Wilkie, Helen Haines and Zali Steggall that they would not support any no-confidence motions against the government and that they would also secure supply,” Albanese said.

Labor has so far secured 72 seats, with the counting of preferences continuing in a swag of key seats. It needs a minimum of 76 seats to form majority in its own right.

Swearing the oath to “well and truly serve the Commonwealth of Australia” before Governor-General David Hurley, Albanese officially became Australia’s 31st prime minister on Monday. His son Nathan and partner Jodie Haydon were among the small group of attendees at the ceremony.

“I received a phone call last night and had a very fruitful and positive conversation renewing my acquaintance with President Biden. The relationship with the United States is our most important, along with our relationships in the region and our multilateral commitments as well,” Albanese said.