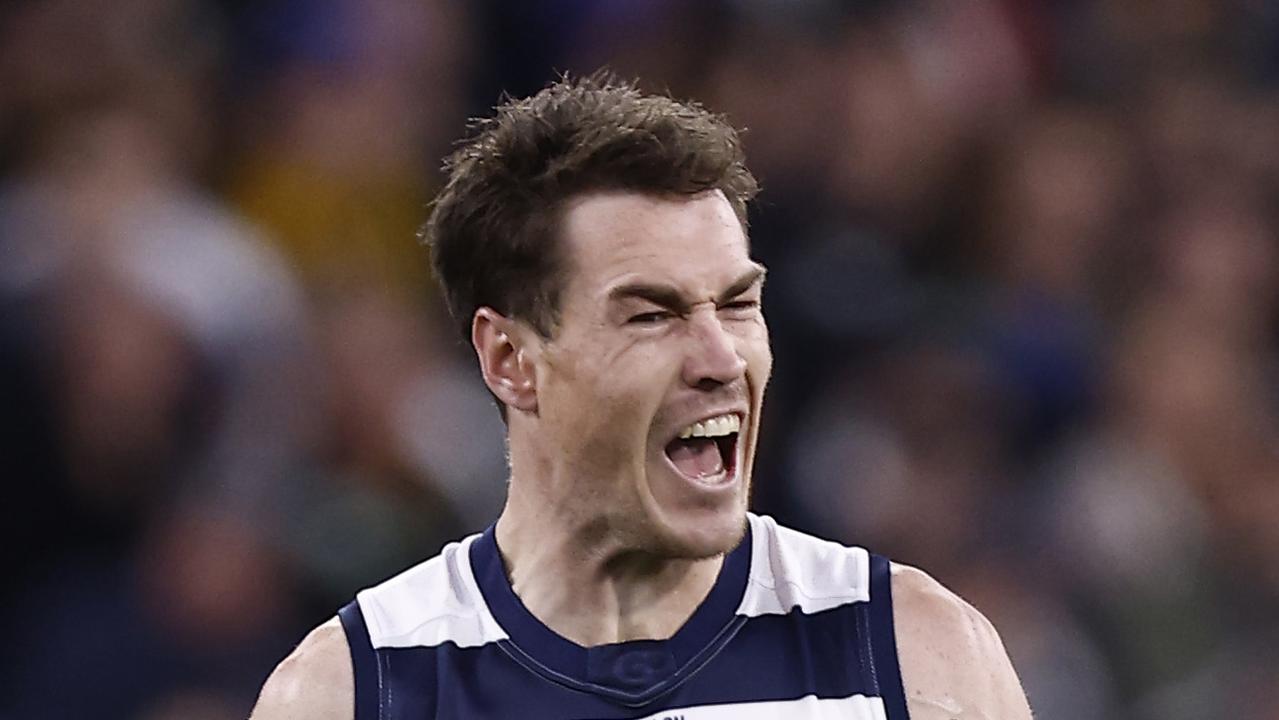 Football fans were losing their minds as two AFL giants battled it out in a gripping contest that went down to the dying seconds.

It’s only June, but at the MCG on Saturday it felt like September as Geelong and Richmond battled it out.

The Cats looked like they were going to run away with a monstrous margin of victory, leading the game by 35 points at one stage.

But as the third quarter got underway the Tigers had turned the tide and romped back to life, kicking five goals to one to head into the final term with a five-point lead.

Looking dead in the water, the Cats somehow bounced back and grabbed the momentum with both hands as they left the Tigers in their wake and pinched the lead back.

Maurice Rioli put the Tigers back in front in the final minutes, only for Geelong to respond with Jack Henry marking and giving the Cats the win.

“Out of this world this game,” Dwayne Russell said on Fox Footy.

“Game of the season and by some distance,” Daniel Cherny wrote.

“Now that IS the game of the year. Wow, what an epic!” Rohan Connolly wrote.

The Tigers were put behind the eight-ball in the opening quarter when star midfielder Dion Prestia was knocked out cold by Geelong’s Tom Stewart.

As Prestia was helped from the field and subbed out of the contest, Stewart remained and played a key role in securing the win for the Cats – finishing the game with 29 disposals, 17 intercept possessions, 13 contested possessions, nine rebound-50s and 745 metres gained.

His hit on Prestia re-ignited the conversation around the AFL introducing a send off rule, Stewart’s dominant performance will only fuel the topic in the coming days as he’s likely looking at two or even the three Brownlow votes.