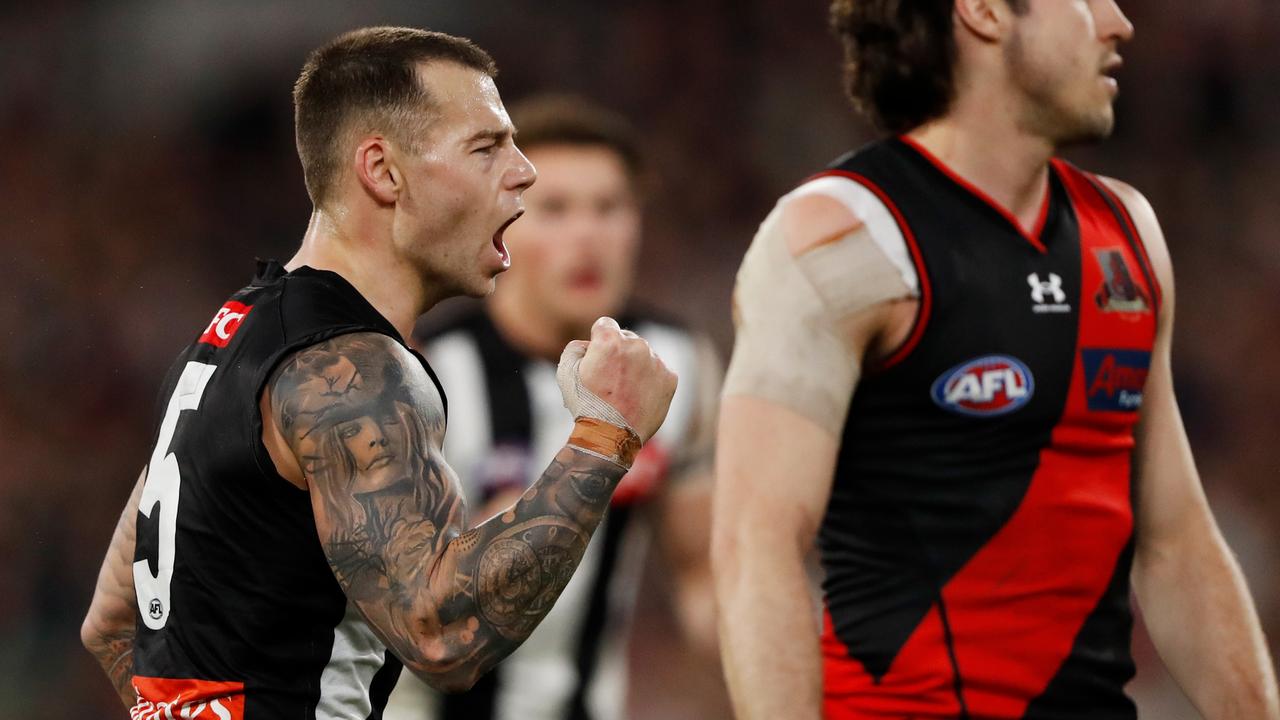 Collingwood have proven once again they’re the masters of escape with an after the siren win against Essendon on Sunday.

Jamie Elliott was the man for the occasion, calmly icing the victory with a shot from the boundary line as the siren rung out to claim the 12.8 (80) to 11.10 (76) victory.

The win makes it nine in a row for the Pies and launches them into the top four on the AFL ladder.

Essendon’s Harris Jones had a shot from directly in front of goal in the final minute, but his kick drifted and hit the post.

Collingwood launched immediately and got out the back of the Bombers with a long kick inside 50 falling into the hands of Elliott.

As the clock wound down, Elliott went back behind his mark and backed himself in and he delivered in emphatic fashion.

Essendon will be left kicking themselves in what was a seesawing contest.

The Magpies burst out of the blocks to lead by 37 points at quarter-time, but stopped in the middle two quarters, as the Bombers completely controlled proceedings, and got out to 20 points in front early in the final quarter.

But the Pies found their wings and flew home with Elliott sending the 72,000 fans into raptures and left fans watching on in utter disbelief.

The Magpies continued their fairytale run under rookie coach Craig McRae, stringing together their ninth win in a row for the first time since 2012.

And after finishing 17th last year, incredibly they now have their sights on the double chance, although their run home does feature matches against fellow top-four contenders Melbourne, Sydney and Carlton.

However, the incredible win came at a cost for the Magpies who lost star defender Brayden Maynard to a left shoulder injury at three-quarter time.

After being ambushed in the first quarter by Collingwood who kicked the first six goals, including three to Ash Johnson, the Bombers dominated proceedings, kicking 11 of the next 13 goals and looked as though their late-season giant-killing ways were going to continue.

However, the 50 minutes of scintillating play from Collingwood that bookended Essendon’s dominance, and featured 10 of the Magpies’ 11 goals, proved the difference.